Lake Martin has a lot of development and new construction going on right now. One of the newest neighborhoods is called Bolton Cove. Below are some pictures of the construction progress, and how it compares to their plans. 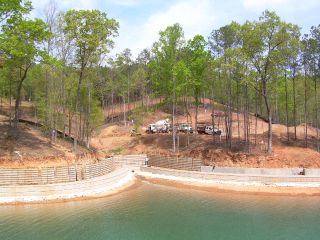 Will the above be the site of the Bolton Cove Clubhouse?

The above is a rendering of the planned Bolton Cove Clubhouse per the developer. 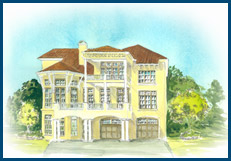 To the left is an example of the “Tuscan inspired lake homes that will be the theme throughout Bolton Cove. I doubt you will be able to rent any of these.

Below is a pic, I assume of home sites, next to an existing Lake Martin home that is 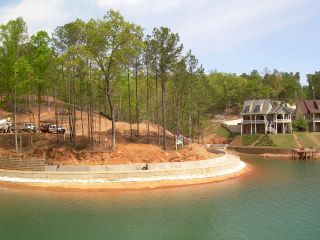 not part of the project. 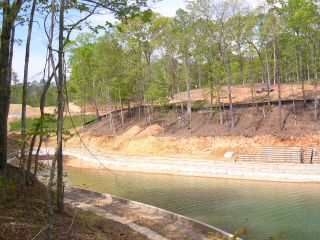 The pic to the left was made standing on the south end of the cove, looking west to the back of that slough. I couldn’t easily tell by looking around how much waterfront the lots will have on Lake Martin. Maybe the next time I check I will be able to see some stakes or something.

From Montgomery, take Alabama highway 9 north, take a right on 259 north at Equality, then a right on Coosa 20 east, see above.

By water, you need to be on the Kowaliga side of Lake Martin. Go north towards Willow Point. Pass by Sand Island. Head towards Veazy’s Marina and Scrushy’s house. When you see the point across the water from Veazy’s, hang a left and go west. Bolton Cove is almost directly west of Veazy’s.

Have You Heard About These 4 New Projects On Lake Martin?