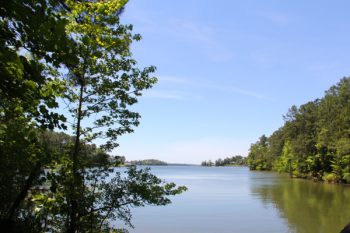 2013 was a remarkable year for lot sales at Lake Martin. 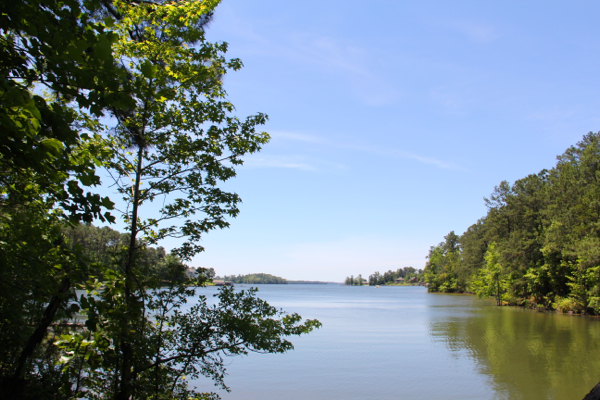 I want my readers to be the savviest Lake Martin real estate audience around.  That’s why I don’t hesitate to throw numbers and charts and graphs at you, and I’m about to get really geeky on you in this three part series about waterfront lot pricing. I also am a firm believer in NOT HORDING my information. Some agents think I am crazy for publicizing my analysis of the Lake Martin market, saying that I should use it to “force” people to call me directly. But, I think, gone are the days when real estate agents hold all of the cards when it comes to information. Say nothing, and the public flocks to irresponsibly incorrect sites like Zillow and Trulia. Much better to put the real, hyper local Lake Martin real estate information out there and try and earn the trust of people that way. Sure, I risk people using my analysis without ever calling me, but that’s the breaks, kiddo.

The following is the result of three months of research that I did for a seller client. I feel it’s so useful, I can’t help but share it here on my blog.

So I ask, “How much do you know about pricing Lake Martin waterfront lots?”  You are about to know more.

Sixty-five waterfront lots sold from January 1, 2013 to December 2, 2013.1  This is a remarkable number, considering that in all of 2012, only thirty-eight lots were sold. Similarly, in 2011, all of the agents in the Lake Martin MLS combined to sell thirty-nine waterfront lots.

In 2013, this brokerage, Lake Martin Voice Realty, was blessed to be listing agency for many of these lots.  I had hours of conversation with potential buyers about Lake Martin waterfront lots in general, and heard many theories about how lots should be priced.  The method I’ve always promoted is the comparable sales method because lots at the lake can vary wildly, by many different factors – view, water depth, feet of shoreline, steeply sloping, flat, in a neighborhood, outside a development, etc.

There are two other valuation methods that I often hear referenced in conversations with buyers – Price Per Waterfront Foot and Price Per Square Foot or Acre.   While these methods might prove helpful in other markets, for other reasons, I don’t think they’re reliable here.

So am I right, or am I just blowing hot air?  The best way I know to find out is to crunch the numbers, and with a very large pool of comparable sales from which to draw in 2013, it was a great time to dig deep into our MLS sales data and find out.

Where Did I Get My Data?

I took a look at the waterfront lots in the Lake Martin Multiple Listing Service that had sold from January 1, 2013 to December 2, 2013. Sixty-five lots had sold. I deemed this to be a large enough sample pool as it is about double the lots sold in each of 2012 and 2011.  I looked up each lot’s sales price, waterfront footage, and overall acreage.  In the cases where the listing agent did not disclose the waterfront footage, I looked it up on the respective County Tax Assessors’ databases online. I disclose my sources not to claim that the measurements of waterfront footage will be perfect, but to let you know I think they will be close enough for this calculation.  Then I charted this information on scatter plots to see if I could find any clear associations.

Price Per Waterfront Foot – Price Per Waterfront Foot is a statistic that is frequently thrown around as rule of thumb. When talking to people about lot valuations, quite often it is quoted as a lead in to another point, such as, “I know that lake lots sell for about $1,000 a waterfront foot, but…” What’s curious is that people almost always say $1,000 a foot. Sometimes you hear $2,000 a foot, but not often. It is also curious that this number hasn’t changed in about ten years. One would think that if it had any merit, the baseline would fluctuate with the different market phases that we have experienced since then.

A glance at this plot shows no clear association with any price per waterfront foot:

OK.  That was pretty easy.  Now I’m going to get more nerdy.

I think it’s safe to say – based on the actual MLS sales numbers – that the Price Per Waterfront Footage method is not a reliable primary method for valuing a Lake Martin waterfront lot.  So what about Price Per Square Foot/Acre?  Could that method work reliably at the lake?  Stay tuned for Part 2 of this study and I’ll discuss just that.