From Boneyard to Laboratory

This is Kennebec at Lake Martin!

From Boneyard to Laboratory 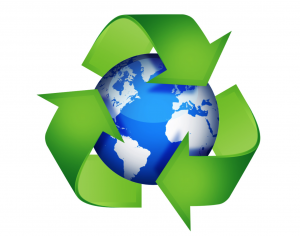 Say what you will about the youth of today, but you have to admit they are pretty aware of the planet’s environment. They realize that, on this big blue ball we call Earth, there is a dwindling supply of places to stash our trash.When I was growing up in the 1970s in Alex City, I was not this globally aware. I am sure that there had to be some people in our area that were ahead of this trend. LMRA’s John Thompson comes to mind. But as a kid, I did not give a second thought to where my Big League chew wrappers went when I threw them in the garbage. The same place as my Stretch Armstrong toy after I shot it with my BB gun, I guess.

Looking back, there was one form of the 3Rs going on in our house – the “Reuse” part.  Our family had a Russell cabin on Lake Martin, and that meant that no piece of furniture, no appliance, no National Geographic Magazine was ever thrown away. It all got taken to the cabin. If you had then or have a cabin still, I am sure you are able to relate.

In this way, the lake cabin became the last stop on the long road of obsolence of many household objects. The cabin was a time machine to days of yore, a reminder of tougher times gone by. “You see, kids – when I was your age I had to cut weeds with a sling blade. My friend opened up his leg with one and got 32 stitches. Yes, this is the same mattress I slept on, too. Every spring we had to take it out for dusting and there would be snake skins in there on the box springs.”

Now, what with Al Gore having invented the internet and all, I think in a totally different manner about lake homes. Instead of them being the screen in the kitchen sink of technology, they really should be at the forefront of testing new products.  Lately, two different items have inspired me on this thought: wifi thermostats and battery operated leaf blowers.

If you are unfamiliar with wifi thermostats, basically they are just like a regular thermostat for your air conditioning system, except that they are connected to the internet through wifi. In order to have one at your lake house, therefore, you would have to have internet service and a wifi router.  If you have that service, you can connect with your air conditioner, through your phone, from anywhere in the world. Turn it up, down, off or on with a mere click on an app.

Why would you want to control your lake home’s cabin from afar? Especially when it might be an old system? Even the more reason, I say. Think about it – at your primary home, if you forget and leave the air running wide open, you will  likely be back there in ten hours to remedy it. If it’s a lake home, and you aren’t scheduled to come back for two or three weeks, that might be 21 straight days of high power bills. Have you ever woken up in the middle of the night and wondered if you turned the air off before you left? I have. Or what if we have a freak cold snap, before you have prepared and winterized your plumbing pipes? Wouldn’t you want to be able to turn on your heat and at least help the situation?

Again, at a primary home, you are there all the time to remedy mistakes. The remoteness of the lake home makes it all the more reason to be able to access it remotely.

My second point includes these new fangled battery powered yard tools like leaf blowers and weed eaters. I recently bought one because I encountered a yard tool crisis. My lake leaf blower, and my town leaf blower – both died within a couple of weeks of one another. The two cycle, pre-mix gas situation conspired with ethanol and killed them both. There has to be a better way, I thought.

Who among us has not dreaded some yard chore – from hedge trimming or weed eating or the like – because of the crank. You know the feeling. You know it’s been a while since you have run it, and you cringe when you think of yourself out there with it pulling, and pulling, and pulling, only to not hear that engine jump to life.

You need to know that the 56 volt battery operated tools work like a charm. They are plenty powerful, and don’t require any gas. Why would this be suited to the lake life? Because at the lake, we are always several miles from the nearest gasoline source, let alone an ethanol free one. Even if your weed eater operates perfectly, you will have to replenish it some time. Plus, with the battery operated tools, there is no carburetor to get clogged up. There are no messy gasoline spills from these (hated) new nozzles on gas cans. You don’t smell like gasoline when your chores are done. You pop the battery, squeeze the trigger, and go.

Once America realizes how well these work, will they begin to disappear from our “town homes,” too? Maybe so.

That’s why I think the lake house has grown from a home goods’ boneyard to high tech testing ground.