4 Points To Ponder On The Future Of Lake Martin Zoning

Lake Martin Property Taxes – It Pays To Do Your Homework

4 Points To Ponder On The Future Of Lake Martin Zoning

Right now there is no one set of zoning rules that covers the entire Lake Martin area.  Why?  For starters, it stretches over three different counties, and most of the shoreline is not inside any cities’ limits.  It’s an old lake, developed in a rural area.  But, as things change, prices rise, and high end developments are created, more people start talking about a zoning plan that would control the entire Lake Martin area.

I have been hearing a lot of local and industry talk about this lately.  It seems that some mysterious document has appeared on the internets (insert grain of salt here) that purports to be a proposed bill for the Alabama legislature and would create a Lake Martin Planning Commission.  The Commission would create and regulate zoning for all of the Lake Martin waterfront and surrounding area.  You can see a copy of the document here on savelakemartin.com.

Is it for real?  Is it a hoax?  Who knows.  I certainly don’t.  Judge for yourself.  But it got my puzzler puzzling, ‘til my puzzler was sore.  Can “they” really do something like that?  Ain’t this America? If something like the Lake Martin Planning Commission was done, how would “they” do it?  If “they” could do it, would it be good or bad for Lake Martin?

I am no expert on zoning laws or Alabama lawmaking, so I talked to someone that is.  My resource had these interesting observations: 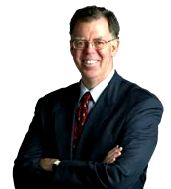 1.  Currently there is no proposed bill to create a Lake Martin Planning Commission or some such other Lake Martin zoning entity.  If you would like to search pending or proposed legislation, click here for the Alabama Legislature search site.  I can’t find one right now.  Maybe it’s being crafted right now and will pop up there tomorrow, but at this writing, there is no such bill.

2.  A Lake Martin Planning Commission as proposed would more than likely originate at the County Commissioners’ levels.  Since Coosa, Tallapoosa, and Elmore Counties would be ceding their right to zone and control part of their land, each county’s commissioners would have to agree on it, vote on it, pass it, and petition the State first before it would go before the legislature.

3.  Such an action would probably take more than one legislative session to approve.  Since there are so many moving parts, things like this take time.  So the public could have two chances at input, once at the county level and once at the state.

4,  There might be many opponents at the state level that might lobby heavily against it.  In the past, when other rural counties in the state have tried to set up special zoning for unincorporated areas, large insurance type companies have opposed it on the premise of looking out for the little guy.

Disclaimer:  I do not have a crystal ball to predict the future.  I don’t have x-ray vision to pierce the proverbial smoke filled rooms of politicians.  “I am lowly priest from Honan province.”  I am not even saying that such zoning would be bad.  Part of me cringes at the mere mention of Orwellian sounding “commissions.”  But practically speaking, if the two landowners that control 99% of the undeveloped land around Lake Martin want to voluntarily limit themselves, well….  And it may very well be beneficial in the long run.  Who knows.  Whether this turns out to be true or a hoax, I doubt it will be the last time the subject comes up.