Clean Lake Martin And Get A T Shirt To Prove It

In April 2008, there were 18 waterfront homes and condos and 1 lot sold through the Lake Martin MLS.* Compare that to 2007 when 17 homes and condos were sold and 2 lots.  Combine them together, and you’re at a dead heat of 19 properties in each year. 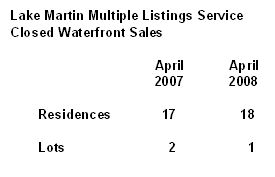 While it might not represent the explosion of waterfront property sales that sellers were hoping for, it does show a potential for Lake Martin sales to be better in 2008 than they were in 2007.

Interested in buying Lake Martin property? Email me or call me at the number at the top of this page.  I’ll help you sort through all of the choices and help you get the best deal for the home or lot of your dreams.  All realtor fluffery aside, this summer truly is a great time to buy.  Don’t wait until next year. 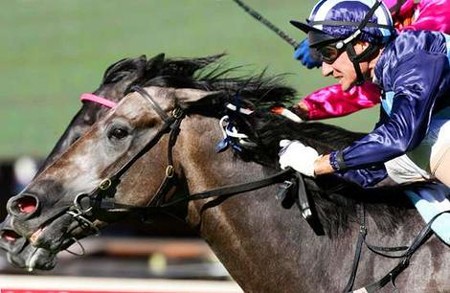 (*)Disclaimers: All of the above info was taken from the Lake Martin Area Association of Realtors’ Multiple Listing Service.  Accuracy is not guaranteed but deemed reliable.  The above does not include sales by FSBOs or developers that sell privately and not through the MLS.  But, I do think that the above represents a very large majority of all sales on Lake Martin.