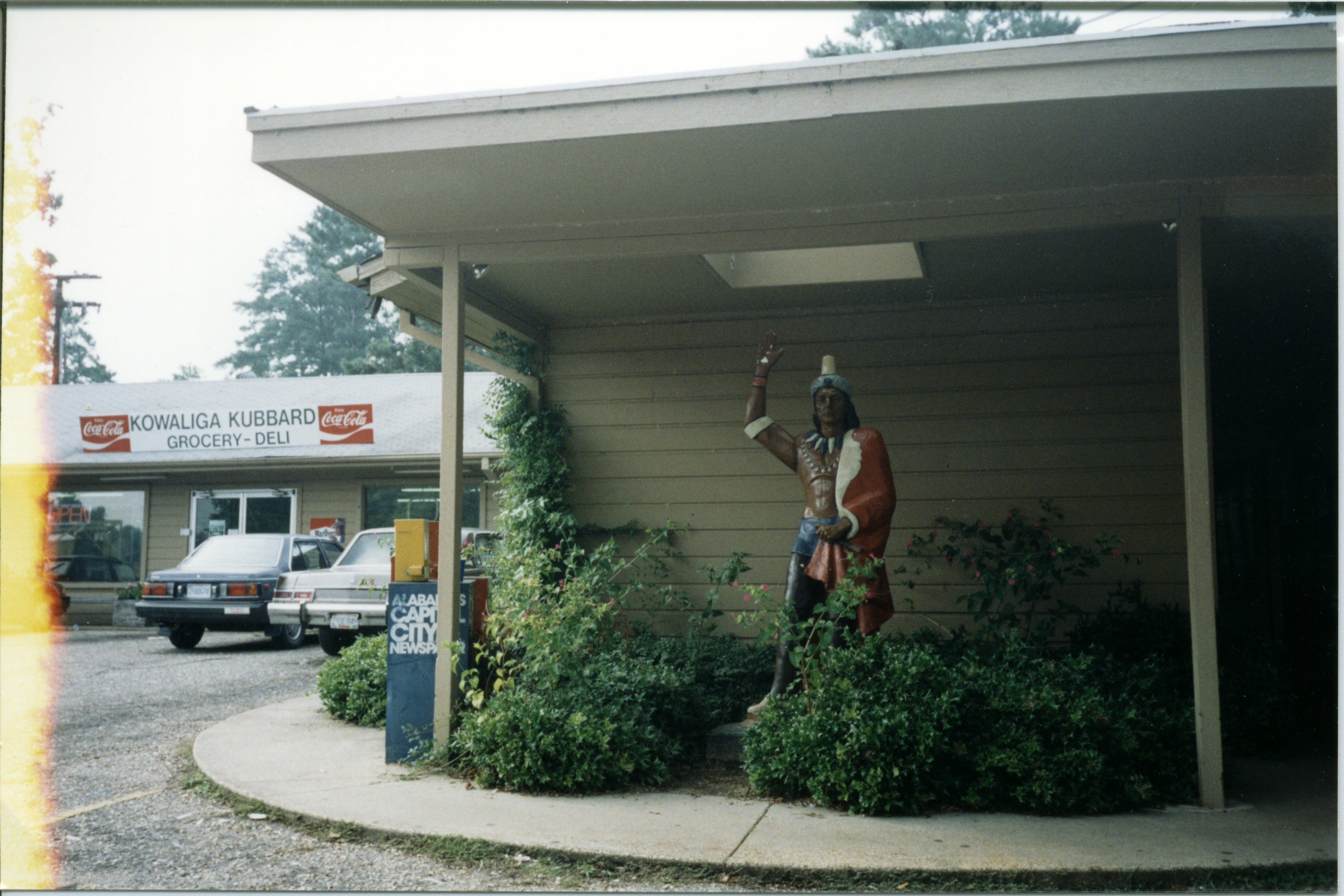 Christmas time gives way to project time around the Coley home.  My wife started cleaning out the photo trunk on Saturday and needed my help to cull the many hundreds of photos I have saved over the years.  Since there was a marathon of Bruce Lee movies on the G4 channel, I obliged her in sorting those that could be thrown away.  Many of them are useless, anyway, like my 48 out of focus shots taken from inside New York’s Hard Rock Cafe I took I was in eighth grade.

Some of them were keepers, though.  See below.  For some reason I took two pictures of the old Kowaliga Restaurant – before it burned to the ground and they rebuilt in its current location.  It burned in June of 1999.  I am guessing I took these pictures of the Kowaliga Indian around 1993.  In this one you can even see the Kowaliga Kubbard.

For those who never knew it, the Kowaliga Kubbard was sort of a convenience store without gas. They also had a little kitchen in there.  They served sandwiches and burgers for lunch, but breakfast was by far my favorite.  They made big huge buttery biscuits and all that goes with them: eggs, grits, sausage, everything.  And when you needed more jelly or whatever, you just walked back into the “employees only” section and grabbed some more.  They didn’t care. 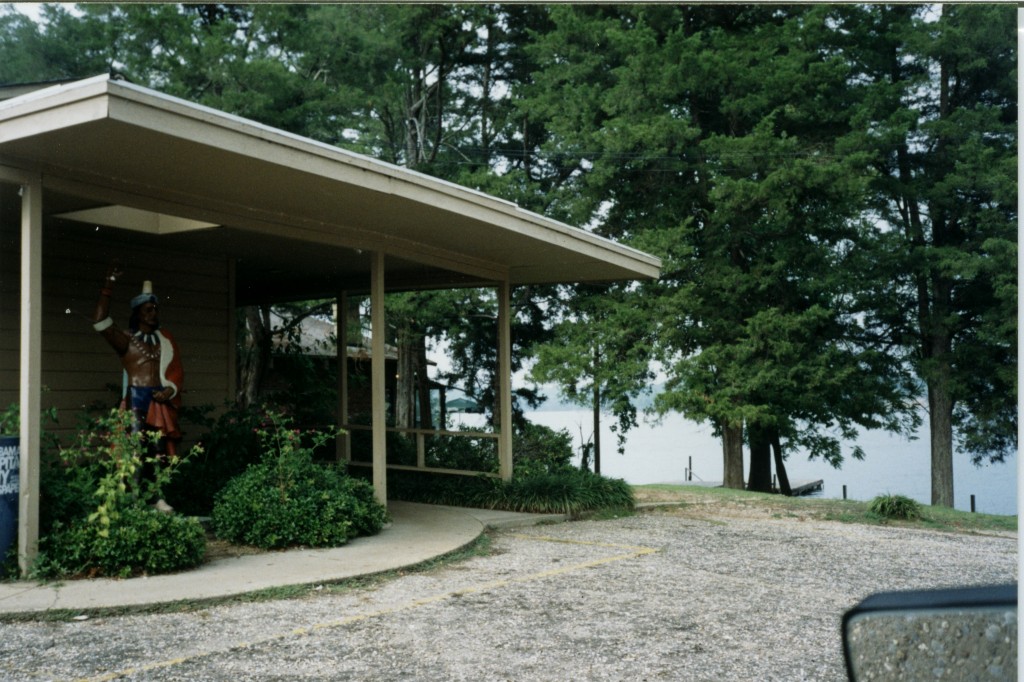 The above shot shows the lake view.  This was before the days that ole Kowaliga had to be glassed off to protect him from vandals, or at least from we kids that would hang on his arm.  I know that I have had my picture taken while doing that, but I can’t find the photo.

You also can see the catwalk that leads into the old restaurant entrance. This is where the kids would hang out while waiting for a table, or if you were too loud and your parents sent you “out.”

Circa 1993 – 1996 was the golden age of Kowaliga to me.  The Kubbard was rolling.  The restaurant was booming.  There were still enough local people in there that it felt like it was “ours.”  Yet by then I had met enough out of towners to realize that folks from Montgomery – and  – even as far away as (gasp) Birmingham – appreciated its worth.  Plus by then it had expanded into that glass atrium / bar area.

But the most critical contribution to its zenith in my mind was that I was friends and / or relatives with a lot of the wait staff. There is nothing more impressive to a future wife than to be able to score a margarita in 45 seconds when there are 75 people waiting out on the deck who are supposed to be ahead of you.

Then again, for all my sentimentality, I must admit that I can’t imagine Aquapalooza 2009 being handled by the old facility and the old ways.

Hey reader – do you have any old pictures of Lake Martin landmarks like Kowaliga Restaurant?  Leave a reply in the comment section below, or post them to the Lake Martin Voice Facebook page, the  I Love Lake Martin photo group on Flickr, and let us all take a look!