Lake Martin in the Fall: A Best-Kept Secret 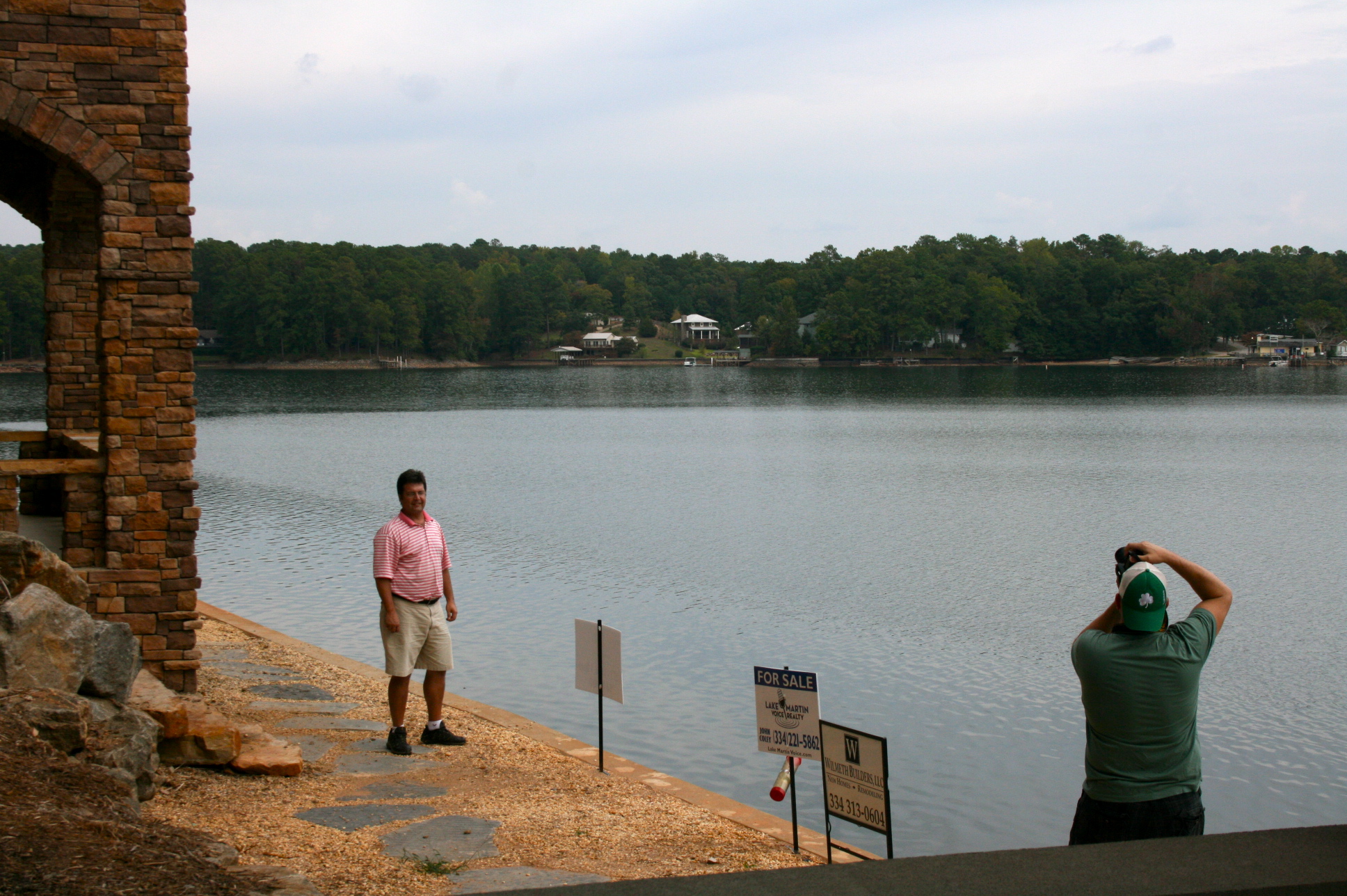 As a Lake Martin realtor, I get to take plenty of pictures. Most of them (obviously) are of waterfront homes.  Or people.

But, I have never taken pictures of people taking pictures of other people in front of a home.

Yesterday, Will Pollock came by the homes we have for sale at Water’s Edge.  Will is a freelance writer and photographer from Atlanta.  Will, whose work has been featured in Sea Ray Living (among other publications), was in town doing some work for a future article on Bryan Jones.  Bryan, of Jones Pierce Architects, is the architect for Water’s Edge.

They rode by a few of the Lake Martin homes that Bryan has designed over the years.  I was really pleased that they chose to include the homes for sale at Water’s Edge.

Will even was nice enough to give me a few pro pointers, like dealing with the glare off of the water, and trying to get the both the clouds outside and detail inside to look good on a shot in the kitchen.

But… I think he was done with it all by the time the below shot was taken. What do you think?

If you are interested in the beautiful homes we have at Water’s Edge, please see: