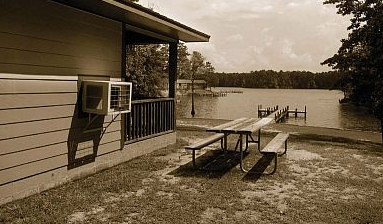 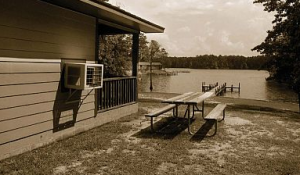 If you read LakeMartinVoice for its brainy real estate analysis, this post may leave you scratching your head.  But, by popular demand, I’ve been asked to re-submit a 2008 literary attempt I penned, “An Ode in Praise of the Window Unit.” I don’t typically recycle old material, but this one might strike a chord with a few of you.

(I’m reposting my intro to the piece, too.)

(2008) Lake Magazine has a section called “My Lake Martin” where (apparently) they allow just about anybody to submit an article about the lake. They were kind enough to print one I submitted.

I was inspired to write an ode about a window unit air conditioner that we used to have in our cabin. Judging by its girth and sound, it had to have been made in the 1940s. Its brand name was “Kelvinator.” That’s what we called it, as in “it’s hot in here, turn on the Kelvinator.” When things are around that long, they deserve individual respect.

It’s kind of like how we refer to one of the couches as “The Herculon” as in q: “where is mainsail?” a: “stuffed behind The Herculon” or q: “why are you sweating so bad?” a:”it’s The Herculon – laying on it makes me sweat.”

Lake Martin cabins and window units are inseparable in my mind.

An Ode In Praise of the Window Unit

My Lake Martin is a realm ruled by the window unit air conditioner.

Like polyester, it is a reminder of that which once was a point of pride, and is now no longer en vogue.

Oh, woe, and lastima to those who have nay slept below your frigid roar, o humble window unit!! While now your presence draws scorn from some and mockery from the rest, I weep in melancholy for the children of centralized systems who will never know your utility and hypnotic effects.

When the lake melted the zinc oxide from our noses and allowed sunrays to redden our skin, it was you, dear window unit that blew icicles to ease our suffering. You erased our memory such that we were burned the next day and the next.

When our parents were tired of hearing our noise, they declared it “nap time” – and shoved all us kids into one room. You alone watched over us with your rhythmic rumbling machinations. If we didn’t fall asleep, like a favorite uncle you made more noise than we so that the parents never noticed.

We feared you, mighty window unit – where once you were asbestosly insulated, through service your wiring became loose, exposed, menacingly copper, always one mere spark from setting the cabin in irreversible deathly flames, yet we needed you to survive a scorching August.

Lest you take an undignified backwards fall out of your perch and into the yard, we propped you up with an old board wedged into the ground, yet you never complained. Simpering Whines were foreign to you whose hazardous lead innards percolated and spewed pre-war freon. To you, brave window unit, fretting over the ozone layer was for sissies, you had kids to keep cool.

Just as God and Alabama Power mysteriously raised the lake as azaleas are reborn, so too, you were a mystery, our beloved window unit. Each spring when we first plugged you into that Tesla coil of a socket , we wondered if you could breathe once again. Not as lovely as the dogwood, yet as reliable, you awakened decade after decade despite our lack of routine maintenance. You always shook off the leaves and dead lizards to toe the line one more time.

Window unit – Thy name was Kelvinator.

Forgive us for tossing thy corpse into the woods sans pomp or due praise.