Pizza and Shakes in Downtown Kowaliga 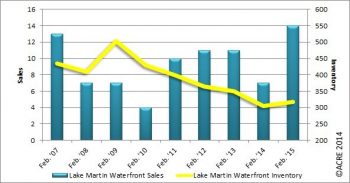 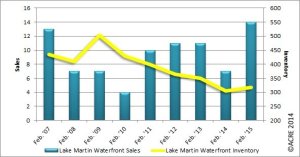 The yellow line, represents the inventory levels. The levels are the same, and certainly a lot better than they were in the dark days of 2007. Overall, when you look at the big picture, you can see that supply on the inventory side is similar and demand on the sale side is similar. We are poised for another great year here at Lake Martin.

Hear more about this in the video below.