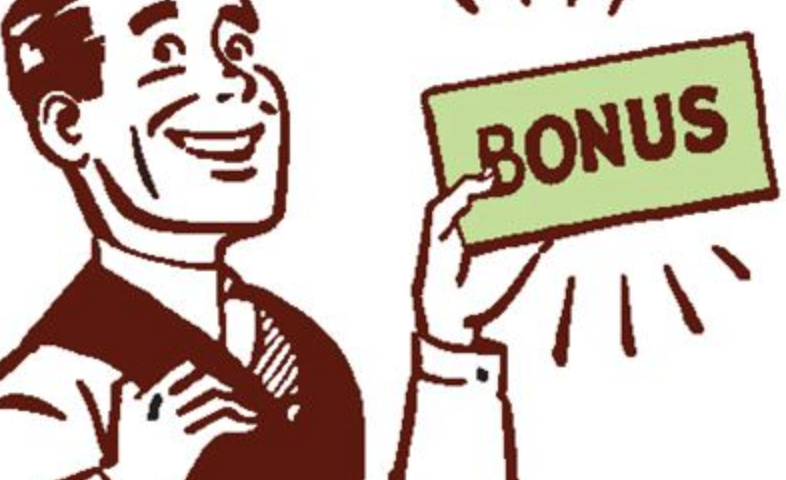 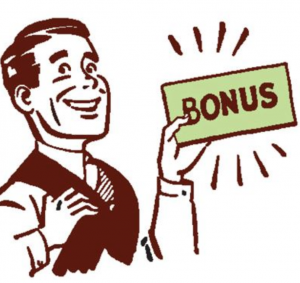 How much do you tip at a restaurant?

Do you go for the obligatory 15%, no matter how your experience? Or if you have a fabulous time, do you tack on a bonus tip?  If you are prone to tipping higher than 15%, do you dangle that offer out there to the server before the meal, so that he or she can know what’s on the line? Or does it happen after the fact?

Lake Martin, like many areas of the United States right now, is in the midst of a seller’s market. That means that home sales are up, and inventory is down. Prices are increasing and it’s getting tougher and tougher to help Mr. and Mrs. Buyer find that perfect lake home. In such markets, sellers don’t have to give much because they don’t have to. They are in the driver’s seat on most negotiations. Provided their home or lot is priced right, they really don’t have to bend over backwards.

Typically, we see buyer side agent bonuses more in a buyer’s market. Then, it’s just the opposite situation. Sellers are begging buyers to make offers. Thus the tantalizing bonus above commission. When I see bonuses being offered in a seller’s market, it makes me wonder why.

Every seller has their own particular goals, but I would say that almost every seller has the primary goal of selling their property for the most money, as quickly as possible. I have never met a seller that told me, “I would really like to sell my home but take as long as possible, while practically giving it away money-wise. I really would like to lose my shirt on this sale.”

That means we have at least two common goals, time and money, on which to judge the efficacy of real estate agent bonuses.

I think it would really be hard to judge the money part. To do so, we would have to examine every real estate sale, and ask questions like, “what other offers did you receive? For what price could you have sold it?  Were you willing to accept a lower price but the agent on the buyer side brought a higher offer?”  That is a lot of woulda, coulda, shoulda. Given the amount of speculation, it would be really tough to discern the facts based evidence.

Time, however, we can judge. Every home that is entered in the Lake Martin MLS is tracked by many statistics. One of those is “Days on Market” or DOM. DOM tells us how long the home took to sell, from the time the sign went into the yard until the seller gave away the keys at the closing table. We can use DOM to tell us whether or not the presence of a buyer side agent bonus was effective in cutting down the time on the market.

I took a look at the Lake Martin MLS and search all of the closed sales since January 1, 2014. I found 30 instances of homes or lot sales that offered a bonus to the agent on the buying side.  I then added up all of the DOM for these sales and divided by 30. I found that properties that advertised a bonus the buyer’s side agent had an average Days On Market of about 254.

Is 254 Days on Market low or high for Lake Martin? To get some perspective, I compared that with the average DOM from 2012 – 2016, as calculated by the Alabama Center for Real Estate. They show that the average DOM during this period was 198 days. Ouch. That’s about 28% lower.

Said a different way in plain English, “Sellers that offered a bonus to the buyer’s side agent took 28% longer than average to sell their homes.” It doesn’t sound like the bonus helps speed, to me.

The devil’s advocate might look at the above conclusion and propose a different interpretation. For instance, one might say, “well, it makes sense that bonus offered listings would be on the market longer. The seller has seen that his or her home has not sold, and then offers an agent bonus.”

That actually makes pretty good sense to me as another explanation, especially when one considers how information is entered into Lake Martin’s, or any market’s, MLS. These bonus offers to the buyer side agent are usually entered in the “Private Remarks” section that only agents can access. Other agents can see when the listing agent has changed the remarks, but it only shows a limited amount of the text that was changed. So it would be hard to drill down and prove in every case when the bonus was offered.

However, when I scan the 30 properties in question, I see a wide distribution of Days On Market. The fastest selling home sold in a mere 27 days, and another at only 50. Clearly, these two homes had the bonus in from the very start. But there are also outliers at the other end of the spectrum. The two slowest selling homes took 598 and 749 days, respectively. I think that tells us that we have a good sample here. Sure, maybe some sellers added in the bonus at the last minute. But since we are considering almost four years of sales, I think that evens out.

Now, please don’t misunderstand me. I am all for buyer’s side agent bonuses, when I am on the buyer’s side! I’ve sold a couple of the homes mentioned above, and I have shown a few in the last month that are offering a bonus to the buyer’s side agent. Rest assured that I would claim the bonus if I met its conditions. I am not saying they are a bad thing.

I do think that here at Lake Martin, since 2014 at least, they do not bring about a faster sale for the seller.

I have had sellers ask me about offering bonuses over the years. My answer has always been the same, regardless of whether it was asked in a buyer’s or seller’s market. I always advise to keep the focus on the buyer, not the agent, by dropping the price by that same amount.

In my estimation, someone who is good at sales is a good servant. They are not in the business to try and talk someone in to something, especially if there is a bonus on the line. A good agent’s job is to listen to their buyer or seller, and help him or her make a wise, informed decision, bonus or no bonus.