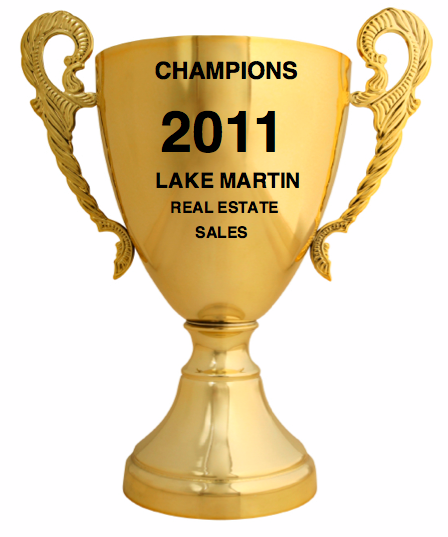 It’s official, Lake Martin waterfront home sales in 2011 will be better than 2010.

Since unofficial November 2011 results show that at least a few waterfront homes sold, one can confidently say that we beat the prior year of 2010.

My conservative guess is that the Lake Martin real estate market will finish 2011 with about 205 waterfront home sales.  That equals an approximate 5% jump from 2010, and about 49% up from the post bubble low in 2008.

If you take the monthly sales numbers for the Lake Martin real estate market and add them together, you get the cumulative sales results.  To me it is a bit easier to judge at a glance on this chart to tell how the year in total is trending versus prior years.

Of all the numbers I crunch, of all my nerdly charts, the below one is the one I watch the most. It tracks how each month fares versus the same month in the prior year.  For example, in October 2011, 15 waterfront homes were sold on Lake Martin.  October 2010 saw 13 sales, all agents, all brokerages.  That gives us a +2 rating for the current month.

Any positive number here is good.  If I see several months in a row of negative numbers, I know that Lake Martin is in danger of stalling again.  If we had been watching closely in 2006, we could have seen this coming.

The second home market here at Lake Martin has been on a win streak since since mid 2008.  Has 2011 kept it rolling?  The answer is yes.

Has the momentum in home sales been mirrored in Lake Martin lots?

While October 2011 itself racked zero waterfront lots sold, the year in total has been a runaway success.  Through October 31, thirty three lots have sold in 2011.  Compare that to 27 for all of 2010, and you see a hefty gain. Consider that 2010 was the lot comeback year, and you can appreciate the gravity of 2011’s success.

With the benefit of hindsight, we can see that 2008 and 2009 represented a two year divot for Lake Martin lot sales.

I like lot sales because they are a general barometer of construction potential.  Let’s hope that our construction industry feels the trickle soon. 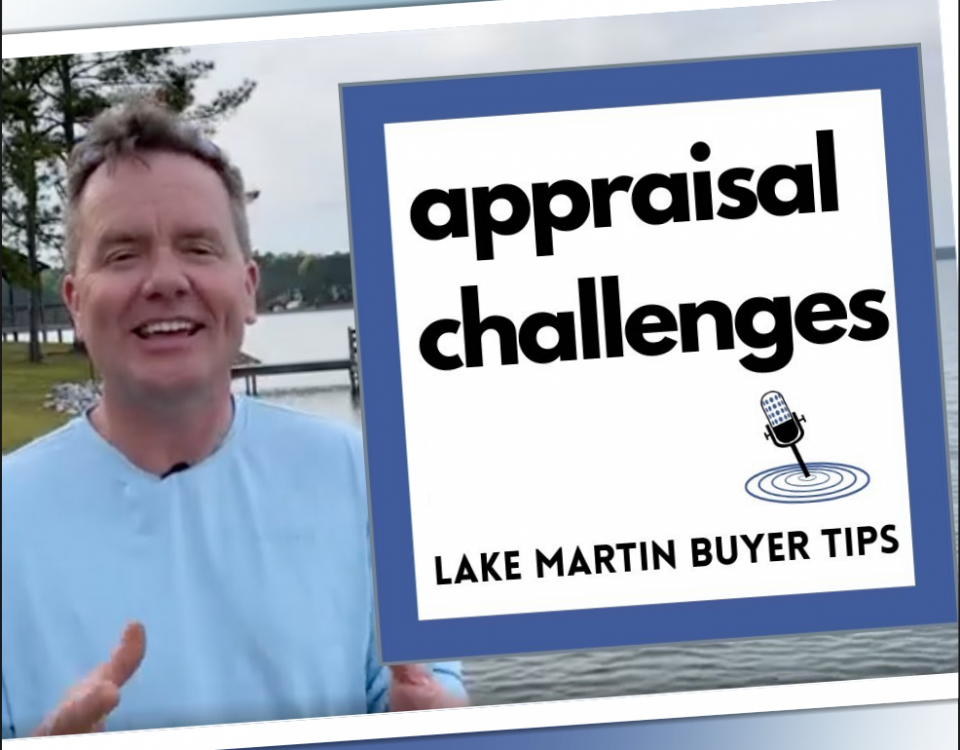 How does the current seller’s market at Lake Martin, Alabama, affect appraisers?