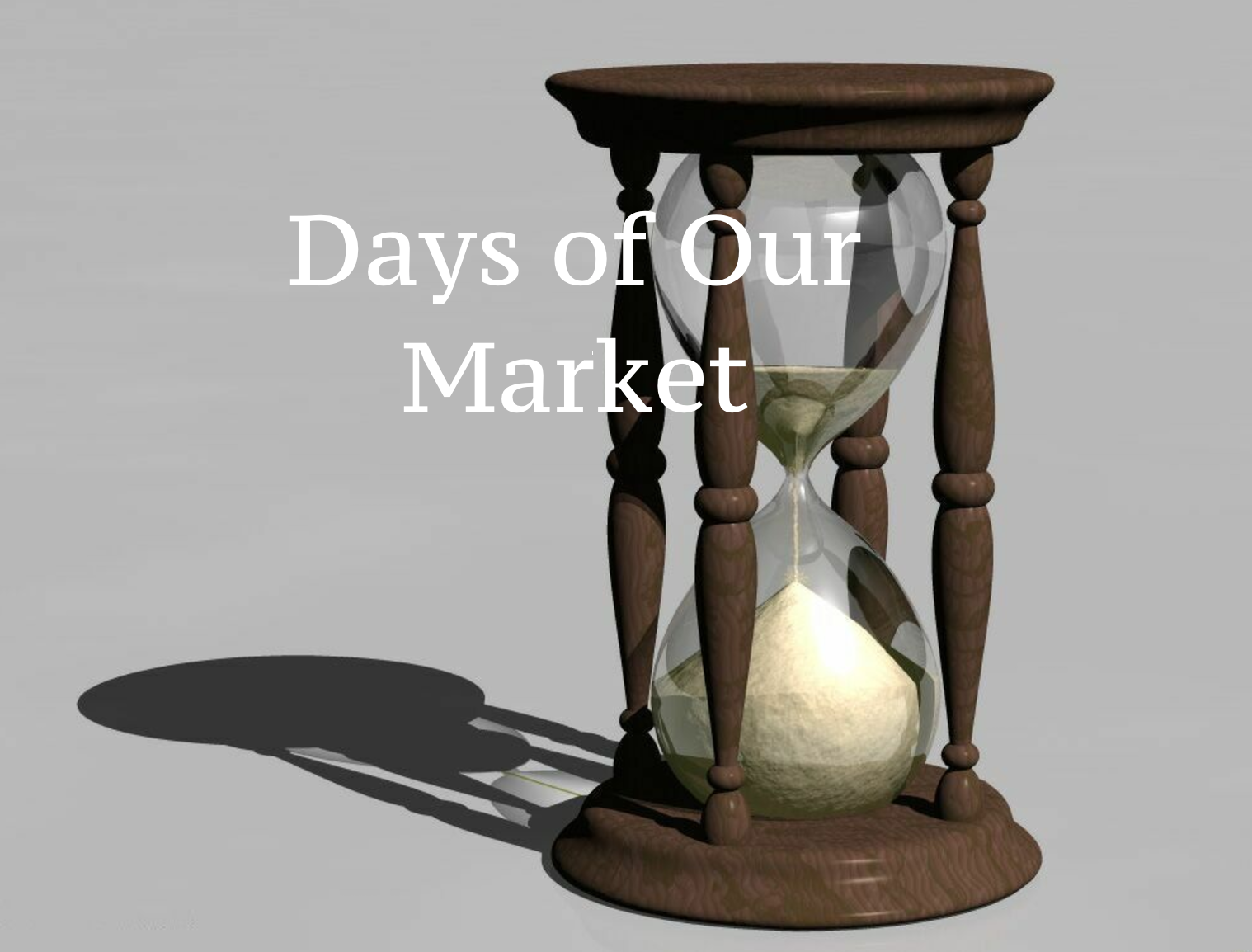 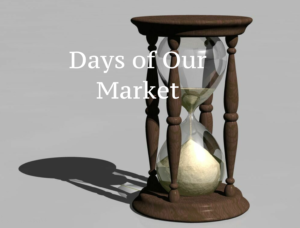 Not too long ago, I read a pretty interesting article in The Wall Street Journal (WSJ). The article was written by Leigh Kamping-Carder and was on page M1 of the Friday, April 14, 2017, edition. The headline was “For Sale… For Years.” It was an interesting study of luxury homes in the U.S. The key statistic examined was “Days On Market.”

Days On Market (DOM) is a figure that is closely tracked in the real estate industry. It is measured from when a home is first listed by a real estate agent to the time when the sale is closed.

I don’t know if there is a perfect number here, but I do think that economists watch trends. If the DOM in a region or the nation is rising, that could indicate a shift to a buyer’s market. Maybe the number of homes available for sale is rising or the number of willing buyers is decreasing.

Practically speaking, DOM comes into the conversation when an agent is talking with a prospective seller. The seller might ask, “How long will it take to sell my house?” The agent might answer, “The average days on market in our area is X,” in an attempt to estimate.

Since the WSJ is a national paper, its focus is usually macroeconomic – the big picture, coast to coast. The published observation was made in February, and the average DOM for all homes in the nation was 53 days; however, it was even higher for homes considered to be in the luxury category.

For those homes, the average DOM was almost double at 100 days. Then the author took it a step further and looked at the most expensive 10 percent of homes. That portion was 34 percent higher than luxury at 134 days. So the difference between the average home in the U.S. and the top 10 percent was almost triple the amount of DOM. Said another way, it takes almost three times the number of days to sell a top 10 percent home than it does an average one.

Naturally, this piqued my interest about little ole Lake Martin. Would we hold to national trends?

I took a look at the Lake Martin Multiple Listing Service (MLS) to derive some answers. Our MLS doesn’t have every single home sale in the lake area. For instance, a home sold “For Sale By Owner” wouldn’t be included, and occasionally developers choose not to publish every sale in the MLS. But, it does have a very high percentage of waterfront sales – I would hazard a guess at 90 percent of them. I think it is an extremely reliable indicator of value. Besides, local MLSs are where newspapers like the WSJ get their information.

I don’t often explore the non-waterfront section of our MLS, but this article made me curious. Which type of home has been selling more quickly lately? Waterfront or non-waterfront? And how would that stack up to the national average?

When comparing to the national numbers quoted in the WSJ, I decided to use more than one month here at Lake Martin. We are in such a tiny market; monthly statistics can be heavily influenced by one or two outlying sales.

My first step was to take a look at the average home sold in our area. According to the numbers reported by our MLS to the Alabama Center for Real Estate in 2016, using every home that sold, both waterfront and non-waterfront, the average Days On Market was 177. That is quite a bit higher than the national average of 53 DOM in February.

Then I looked at waterfront homes only. I found that in the three months ended March 31, 2017, the average Days On Market for waterfront only homes was 187. I can’t say that I was surprised. The 187 here at Lake Martin is a lot higher than the nation’s overall luxury market average of 100 DOM. But, we do follow the nation’s trend in that our luxury sales take longer than the average home sale.

What if I looked at the highest 10 percent of sales in the Lake Martin MLS?

When diving into these types of statistics, especially in a small market like ours, it is easy to end up comparing short-term results to long term ones. It would not be entirely accurate to compare, say, one summer month’s sales to an entire year or five-year trend. Since the WSJ article cited February, I wanted to be close to them with my end date. On the same token, we can’t really compare monthly sales in our tiny market to national statistics.

This finding was very curious to me. Up until now, Lake Martin has followed the national trend. A home for sale in our “luxury market” (waterfront) takes longer to sell than the average. But we buck the trend when it comes to the top 10 percent of highest priced homes sold. The national trend of 34 percent higher DOM than luxury did not hold with us.

I have a theory as to why. The top 10 percent group is pricing homes more accurately. There might be more buyers in that segment proportionally, but that would be hard to measure. We know we are in a seller’s market, so the overall market direction can’t be to blame. The same agents are selling the top 10 percent that are also selling the rest, so that is a constant. That is how I arrive at price. It is about all that is left to explain it.

I am not surprised that Lake Martin’s Days On Market is higher than the national average. We are always higher in that category, no matter what type of market – a sizzling seller’s or a drought-filled doldrum. We have limited supply and about 80 percent second home ownership. As my fellow agent John Christenberry said, “We deal with buyers that don’t have to buy and sellers that don’t have to sell.”