When searching for waterfront homes for sale on Lake Martin you are bound to come across one of the areas in Lake Martin called Parker Creek. Parker Creek is not a formal neighborhood – it describes a very large area located on the northwest side of Lake Martin. 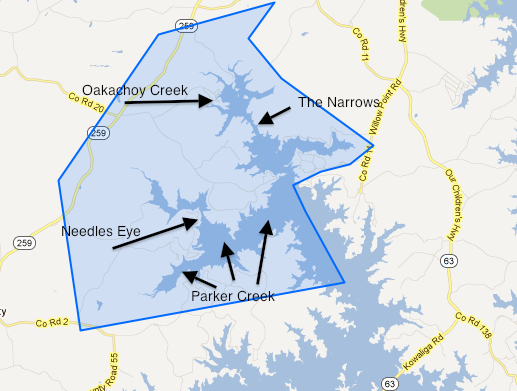 For purposes of this Neighborhood page and Lake Martin MLS search, I drew a map in the Lake Martin MLS that includes a lot more than Parker Creek. I also included Oakachoy Creek past the Narrows, The Needles Eye, and Pitchford Hollow. My fellow locals especially will call me crazy for including these micro-areas in a Parker Creek search. I agree, they are not technically on Parker Creek, but they are close enough.

And I can’t break these searches into every tiny slough and hollow or I would have a million of these neighborhood pages for Lake Martin. Basically this search catches every waterfront home and lot that is north of Sand Island and not in Willow Point. If you are relatively new to Lake Martin, you won’t care about this trivia. Sticklers, please forgive me and see the above map.

When searching for waterfront homes for sale on Lake Martin you are bound to come across one of the areas in Lake Martin called Parker Creek. Parker Creek is not a formal neighborhood – it describes a very large area located on the northwest side of Lake Martin.  It is in Coosa County, Alabama, and accessed by Coosa County roads.  It gets its name from, you guessed it, Parker Creek, that once flowed into Big Kowaliga Creek before Martin Dam was constructed.

Wooded county roads, large lots and a wide variety of home styles are nestled into the waterfront of Lake Martin in the Parker Creek area. As one of the older areas that was developed on Lake Martin, you’ll see large homes with character, and smaller homes built with fun on the Lake in mind. This is because most of this land was once owned by Alabama Power who leased the land to homeowners that built their own improvements.  This program lasted from the 1950s to 1970s and resulted in a lot of little fish camp, rustic style homes. Then Alabama Power, over the course of many years, started selling each homeowner the lots under the waterfront homes. Parker Creek area saw a renaissance of building as more people invested more heavily into their homes.  The Parker Creek area is one of the older parts of Lake Martin, and thus has slowly populated over time to include tiny cabins that are next to million dollar homes. There are no official neighborhoods here, but there are lots of small, winding county roads, both paved and dirt. Generally speaking, the lots in this area are a little bigger, more wooded, and less sloping, and the feel is more rural. (Of course I can always find the exception to that statement.)

You’re about 15 minutes from the Alex City Wal-Mart, your closest shopping. Parker Creek Marina is the closest marina. Smith Marina (which was the site of the old Veazey’s Marina – a landmark in this area) is also nearby.

You won’t find many lots in Parker Creek because pretty much all of the existing lots are sold. This isn’t to say that it’s highly developed, because it’s not. People who want a newer home in Parker Creek usually find an old tear-down house and build a new one in its place.

If you’re looking for the “driving down the dirt road to a cabin in the woods” experience, then Parker Creek might be a good area for you.

Parker Creek Marina is located on the south side of the Parker Creek and has a gas dock, dry boat storage, ship’s store, and service facility. It’s independently owned, and is perfect for boat owners and their needs. Many people from the Little Kowaliga / Real Island area also use Parker Creek Marina since it’s so close to them by car.

Smith Marina is, at this writing, the newest marina on Lake Martin. It is located on the west side of Lake Martin, very close to Willow Point.  It’s a great spot to gas up your boat, and if you need to cool down, they have their signature frozen yogurt!  They also have a big covered dock if you want to hang out and boat watch.  Smith Marina is a great place for this because you have a miles long view down to Kowaliga to the south and Parker Creek to the west.

One relatively new (but really cool) addition to this area is the restaurant The Landing at Parker Creek In its relatively short lifetime, The Landing has become a must stop on the Lake Martin boating circuit. One of the really cool things about Lake Martin is our many waterfront restaurants. So when The Landing opened, we were really pleased to have a new one to visit. The Landing at Parker Creek is unique in that its kitchen and bar are built out of storage containers. That means that all the seating is outside! It is a super casual, come-in-your-flip-flops kind of spot. They have a spot where the kids can the kids can swim, and also a grassy area to play volleyball or cornhole. Or, you can just relax in the shade with your food and cold drink. Check out the video below.

Video of The Landing at Parker Creek

Posts & Videos about the Parker Creek Neighborhood on Lake Martin 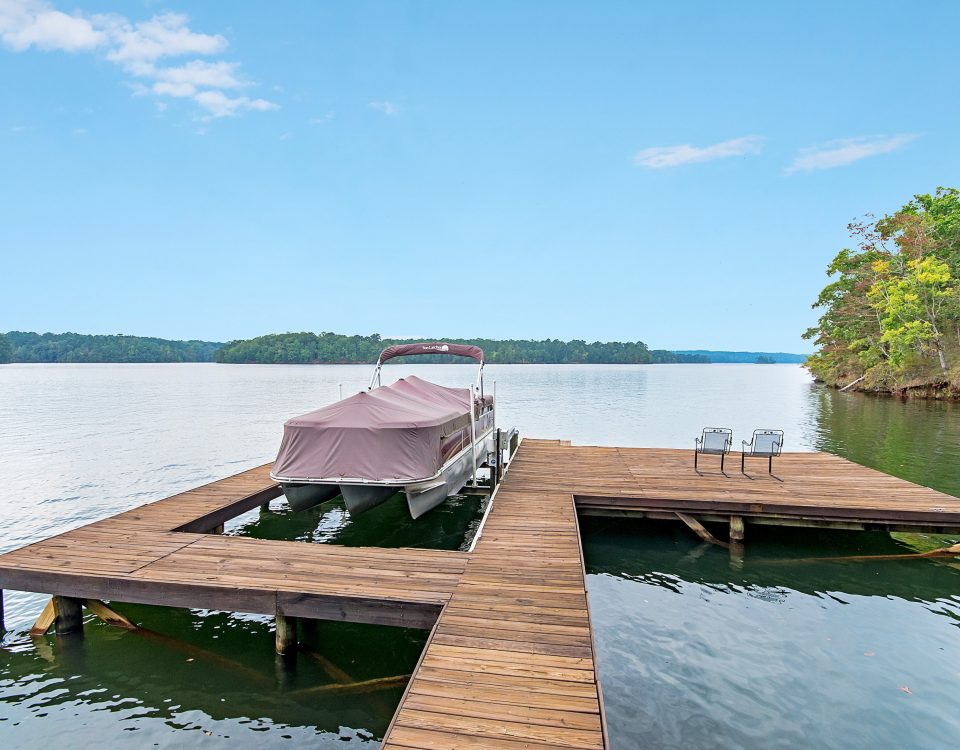 Questions about docks are near the top of the list of questions I hear as a realtor at Lake Martin. A huge feature of a boat […]
Do you like it?0
Read more 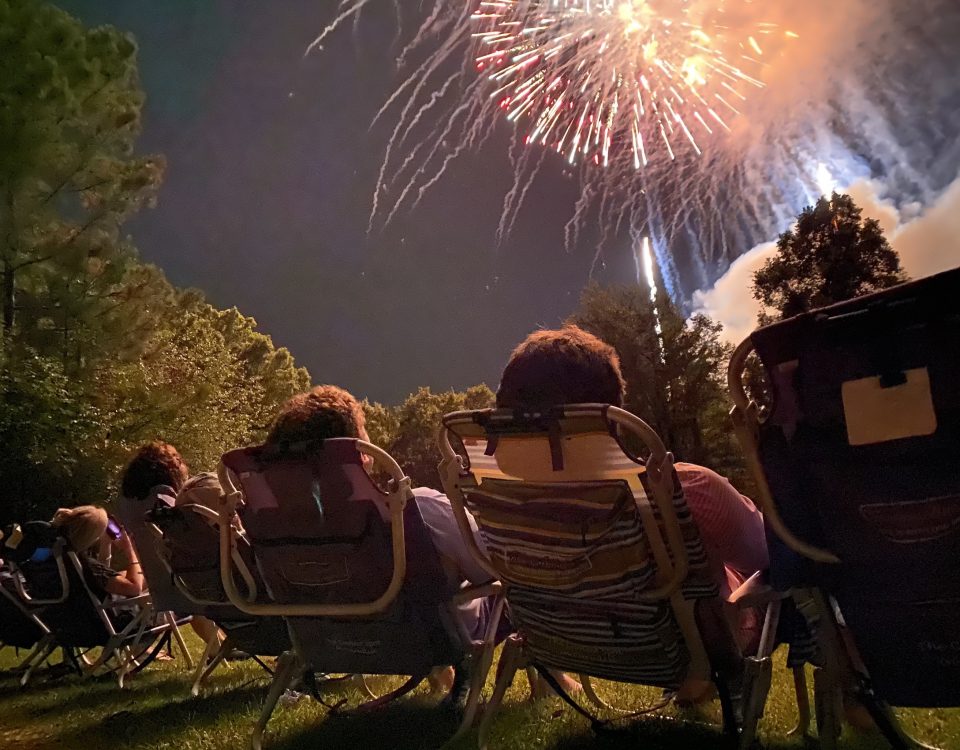 As we celebrate our great nation’s 246th birthday, I would like to mention another memorable day that passed just last month. June 4th through 7th, 2022, […]
Do you like it?0
Read more