Windermere is a waterfront neighborhood with homes and lots for sale on Lake Martin that was developed by Russell Lands in 1973. On their website, Russell Lands says Windermere is “the standard by which all lakeside developments should be measured.” Agreed. 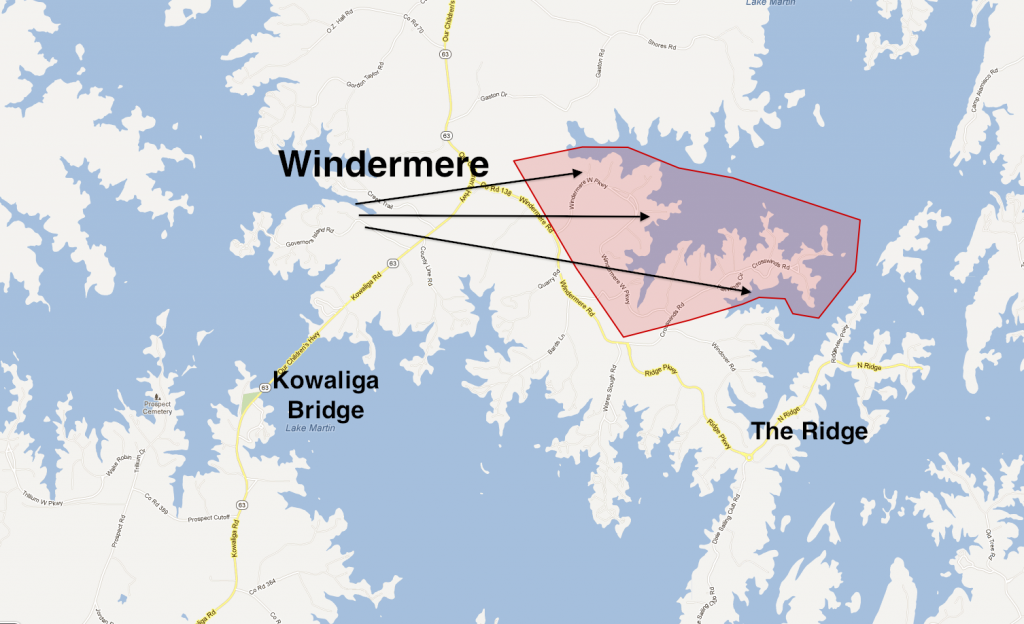 Windermere is a waterfront neighborhood with homes and lots for sale on Lake Martin that was developed by Russell Lands in 1973.  On their website, Russell Lands says Windermere is "the standard by which all lakeside developments should be measured."  Agreed.

Understated is a good description for Windermere.  Winding roads lead you to big, heavily wooded, flat lots.  There is a sense of both privacy and LOTS of space.  Nothing new or glitzy, even though there are high end homes here.  In April 2011, a tornado ripped right through a portion of Windermere, tearing down lots of trees and several homes.

Windermere has a central Lake Martin location - right in the middle of the lake - and is accessed off of Highway 63, north of Kowaliga Bridge. The street address for Windermere is Alexander City, so you'll find the usual city utilities. Windermere, like Windover and Willow Point, has a mix of full and part time residents. There is a Homeowners' Association meeting house, but no other "amenities" other than the central lake location. It had two phases, and about 236 waterfront lots. The typical Windermere West lot is well wooded, and deep – most homes are not easily seen from the road.

Windermere is a great mix between town and country, for lack of a better phrase. They have Covenants and Restrictions to protect the homeowners’ rights of development. They have landscaped entrances for aesthetics. But, they don’t have amenities such as a clubhouse, pool, or walking trails.

Windermere West does not have its own sewer system; each home has its own septic system. Depending on your wants and needs, that could be good news. The upside is that Windermere West has a relatively minuscule HOA fee – currently approximately $30 a month, same as it has been since 1991.

But, being located in the center of Lake Martin has plenty of advantages. First, by boat, you would be pretty much equidistant from your friends with homes in Parker Creek as you would those by the River Bridge. Windermere is very close to Chimney and Acapulco Rock, Lake Martin's most recognizable landmarks. And Windermere is also right around the point from The Ridge Marina, convenient for boat storage, service, gas, and boating supplies.

By land, Windermere is about 10 miles south of Alexander City on highway 63, so you are relatively close to "city" shopping. When I was growing up in Alex City, we thought that the folks that lived in Windermere had a long commute to school, but now I realize what a short drive it actually is. For this reason, Windermere has more than its share of year round residents.

Russell Lands has spent heap big wampum developing Russell Crossroads, even making a tunnel under highway 63 so that you will soon be able to walk, ride a bike, or golf cart under the highway. Windermere residents will be able to go to Catherine's, or even on to Willow Point, without getting in a car. It's a brilliant move by Russell Lands that will really draw together their developments of Willow Point, Windermere, Windover, and The Ridge. I give them full credit, this is a master stroke that will pay dividends for years to come. Right now it's a "oh isn't it nice that all this is close" type of thing with buyers, but I think in the next 10 or so years it will become a deciding factor for many that want their Lake experience balanced with fine dining, shopping, and other outdoor recreation.

Video Tour of the Windermere Neighborhood on Lake Martin

Posts & Videos about the Windermere Neighborhood on Lake Martin 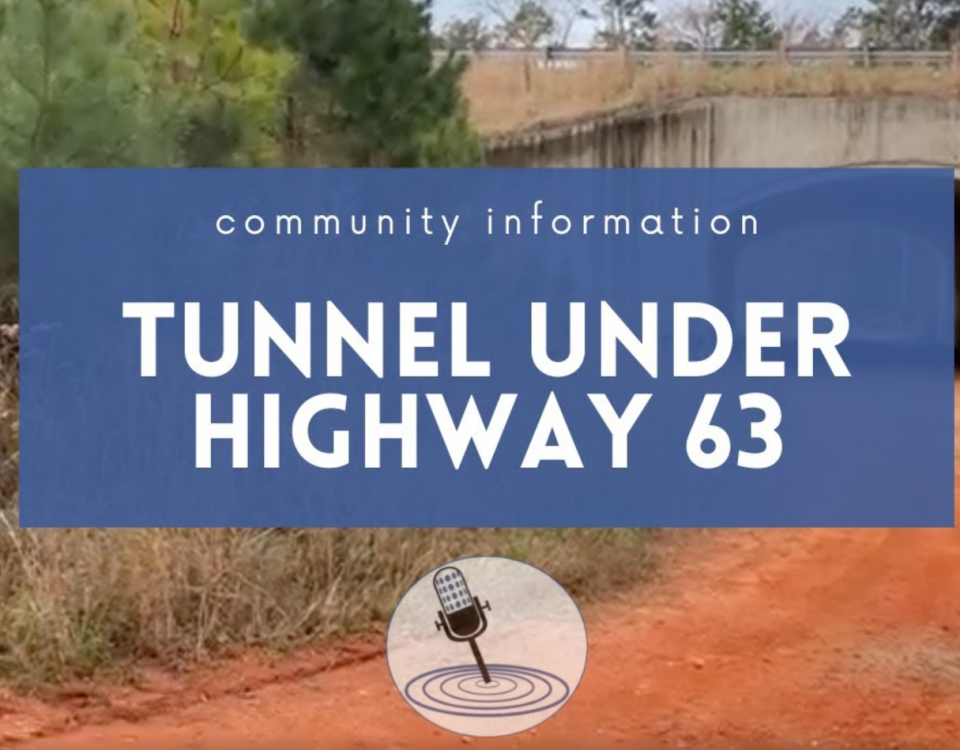 The Tunnel to Somewhere at Lake Martin Alabama

Do you own waterfront property in The Ridge, Windermere or Windover on Lake Martin? Then you know that a major benefit of these neighborhoods is being […]
Do you like it?0
Read more 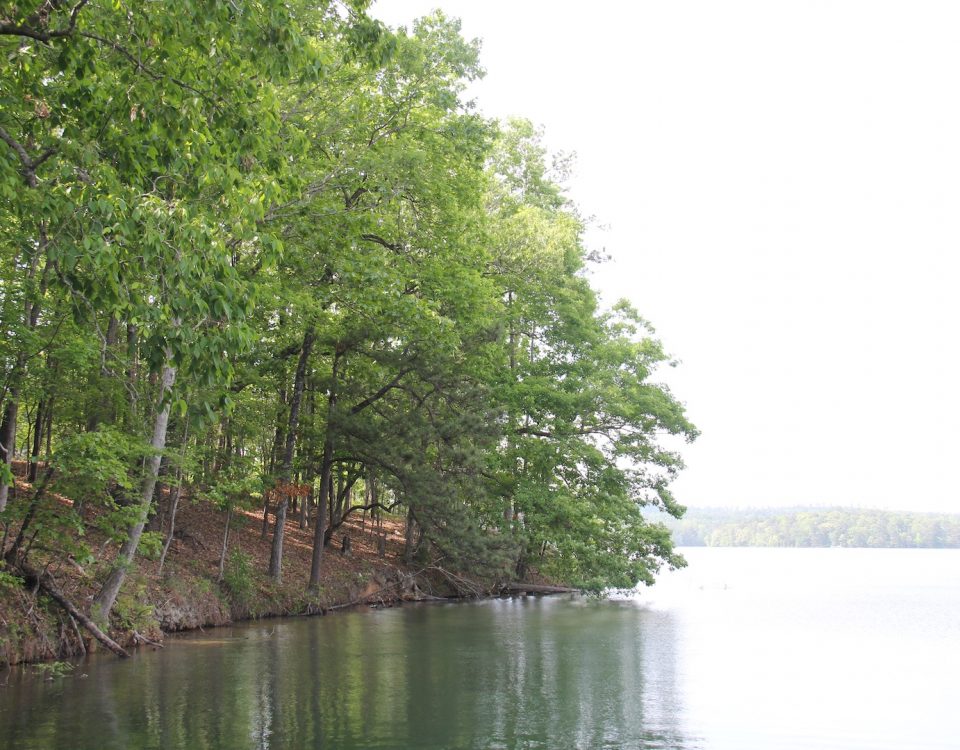 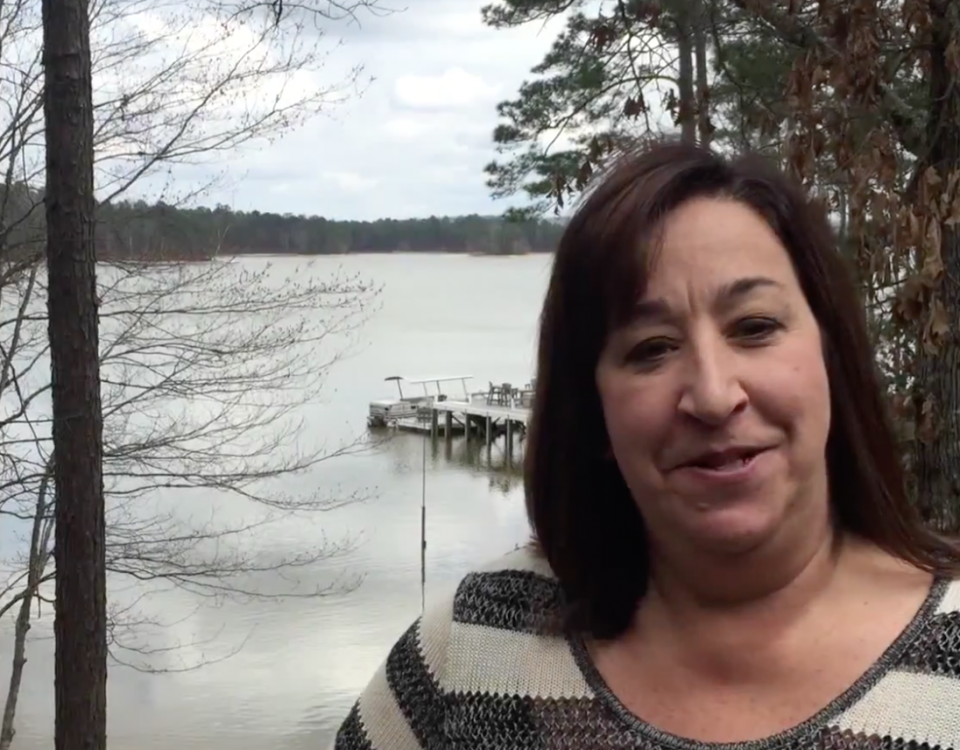 My friend Becky Haynie recently held an Open House at 133 Whisper Wind, Windermere West on Lake Martin in Alexander City.  Becky is the Listing Agent […]
Do you like it?0
Read more